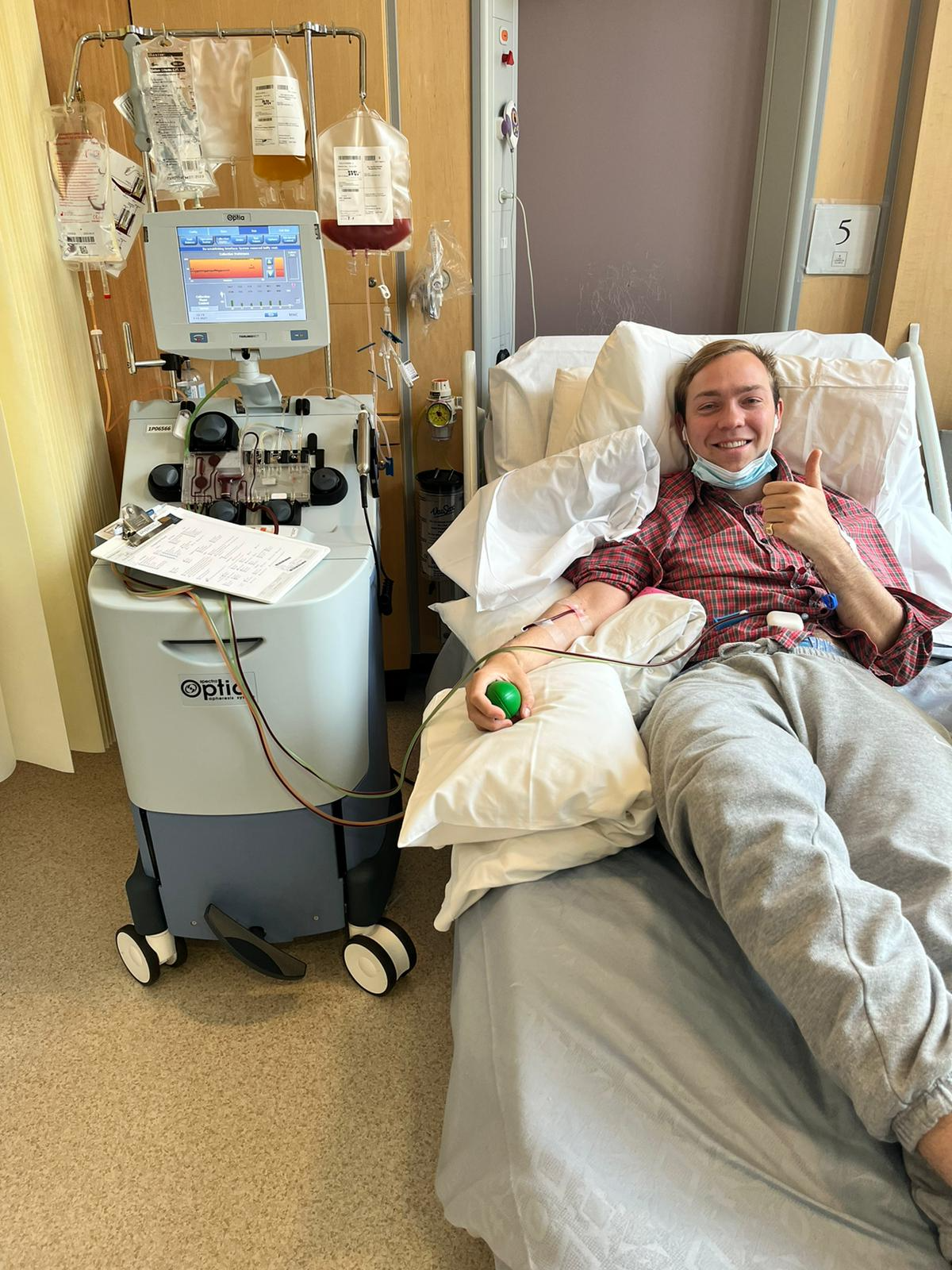 Hero of The Month

Home » About Us » Hubie’s story

When Hubie was at Newcastle University back in 2013, he was approached by some representatives of the Anthony Nolan charity explaining that they were looking for people between the ages of 16-30 to join their register. This register helps match potential donors with people who have certain blood cancers and who need stem cells. In the majority of cases a close family member is not a match and therefore a donor is required to be found.

Hubie was contacted by the charity over the summer of 2021. They said that they believed he was a match for a male in his thirties who lives abroad who required stem cells due to having blood cancer. He undertook blood tests to confirm that he was a match and it was confirmed that he was. He therefore had to have a full medical screening to make sure that he was fit to give the stem cells. Once he was clear to go ahead Hubie was injected with a stimulant to make him over produce stem cells over the course of 4 days before going into hospital to have them extracted.

Due to the anonymity of stem cell donation, Hubie will not be thanked by the person whose life he is potentially saving through his donation. I have nominated Hubie to be The Black Farmer’s ‘Hero Of the Month’ so he can be shown the gratitude that I have no doubt the donor would want, and to recognise the thousands of other people whose selfless acts save lives on a daily basis.

Get the latest news & offers plus 15% off your first order