View basket “Mixed Herbs 30g” has been added to your basket. 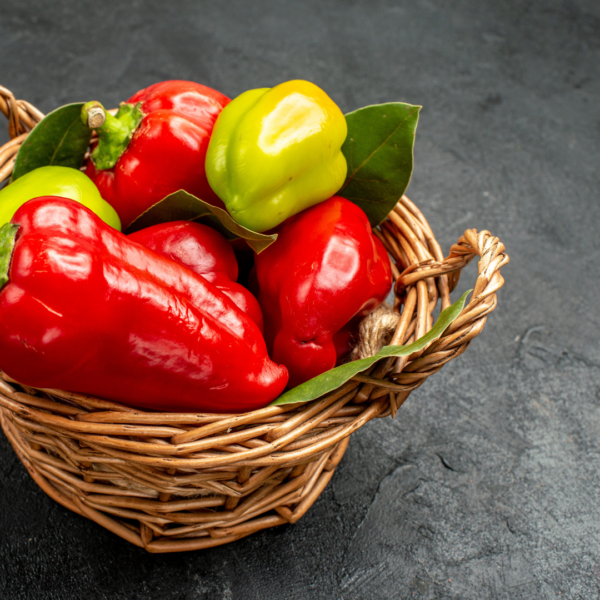 Scotch bonnet, also known as Caribbean red peppers, is one of the hottest chillies around, so if you like things spicy, this is the one for you.

* Place your order by/before Tuesday midnight for delivery on Friday.

Scotch bonnet, also known as bonnie peppers, or Caribbean red peppers, is a variety of chilli pepper named for its resemblance to a Scottish tam o’shanter hat.  It is among the hottest peppers anywhere as most Scotch bonnets have a heat rating of 100,000–350,000 Scoville units. So if you like serious heat in your dishes, this is the one for you!

The Scotch bonnet also has several health benefits. This may sound counter-intuitive, but the capsaicin in peppers actually act as an anti-irritant. Thus, this fiery pepper benefits the digestive tract such as healing an upset tummy or improving cramps. It also aids the circulatory system and thus helps prevent excessive blood clotting.

Thanks to the powerful pain-relieving properties of the capsaicin from peppers, it can be applied to the skin to reduce the chemical P, the ingredient that carries pain messages to the brain. Ultimately, the pain receptors exhaust themselves by depleting the body’s reserves. Once this happens, the capsaicin acts as a pain reliever. Moreover, the Scotch bonnet can improve your metabolism by generating the thermogenic processes in our body which generate heat.

Hot peppers are packed full of beta carotene and antioxidants which support your immune system and aid in fighting colds and fungal infections. Additionally, due to the anti-inflammatory properties of capsaicin, hot peppers can help prevent allergies and their symptoms.

Below are some of our favourite cooking suggestions using Scotch bonnet:

Try our other Caribbean goodies here!